“I have always been seduced by the otherworldly, and the idea that we can exist as something Other.” Kelly Sweeney

For Sweeney it is the realm of schizophrenic psychic harlequins, ethereal Medusa-like goddesses and orchid-clown hybrids. Attracted by anamorphic forms, ritualistic paraphernalia and folkloric phenomena, she remains drawn to belief systems that subscribe to the transcendental.

The supernatural entities that manifest through sculpture and paint though inanimate, emit a life-force that permeates through the acrylic, glaze and glitter. The recent creation of two short films featuring the artist, take us on a phantasmagorical trip where Sweeney becomes the painted, the sculpted, the fetish, the summoned, the conjured and the seer.
​
Witches, Scamps and Things is an invitation to an undisclosed domain, temporarily inhabited by the artist’s increasingly personal pantheon of beings. An archetypal ecosystem is evolving; what once hummed with florescence is now dirtied and soiled. And they revel in it.
​
Kelly Sweeney lives and works in East London, having studied at Nottingham Trent University and Chelsea School of Art. Sweeney exhibits regularly, and has work in private collections in Europe, Asia, America, Canada and the UK. Witches, Scamps and Things showcases an Arts Council England supported body of work comprising film, sculpture and paintings.

A text by curator and writer Linda Rocco will accompany the exhibition. The gallery will be hosting a programme of events alongside the show. Discover the full programme here: hoxton253.com/kelly-sweeney or contact us for further details.

Linda Rocco is a London-based contemporary art curator, writer and researcher, who graduated from the Royal College of Art. She has curated public events and exhibitions internationally with established small-scale institutions such as Delfina Foundation, to warehouse spaces including Yinka Shonibare’s Studio and the curation of the public sphere for Nine Elms on the South Bank. Linda is co-founder and co-director of the Cambridge-based Festival and programme of workshops I’m Here, Where Are You?. Linda regularly works as curator for artists and private galleries, as well as consulting for charities, foundations and public institutions on accessibility, inclusivity and collaboration in contemporary and participatory practices.
​
​The exhibition and associated programme is supported using public funding by the National Lottery through Arts Council England. 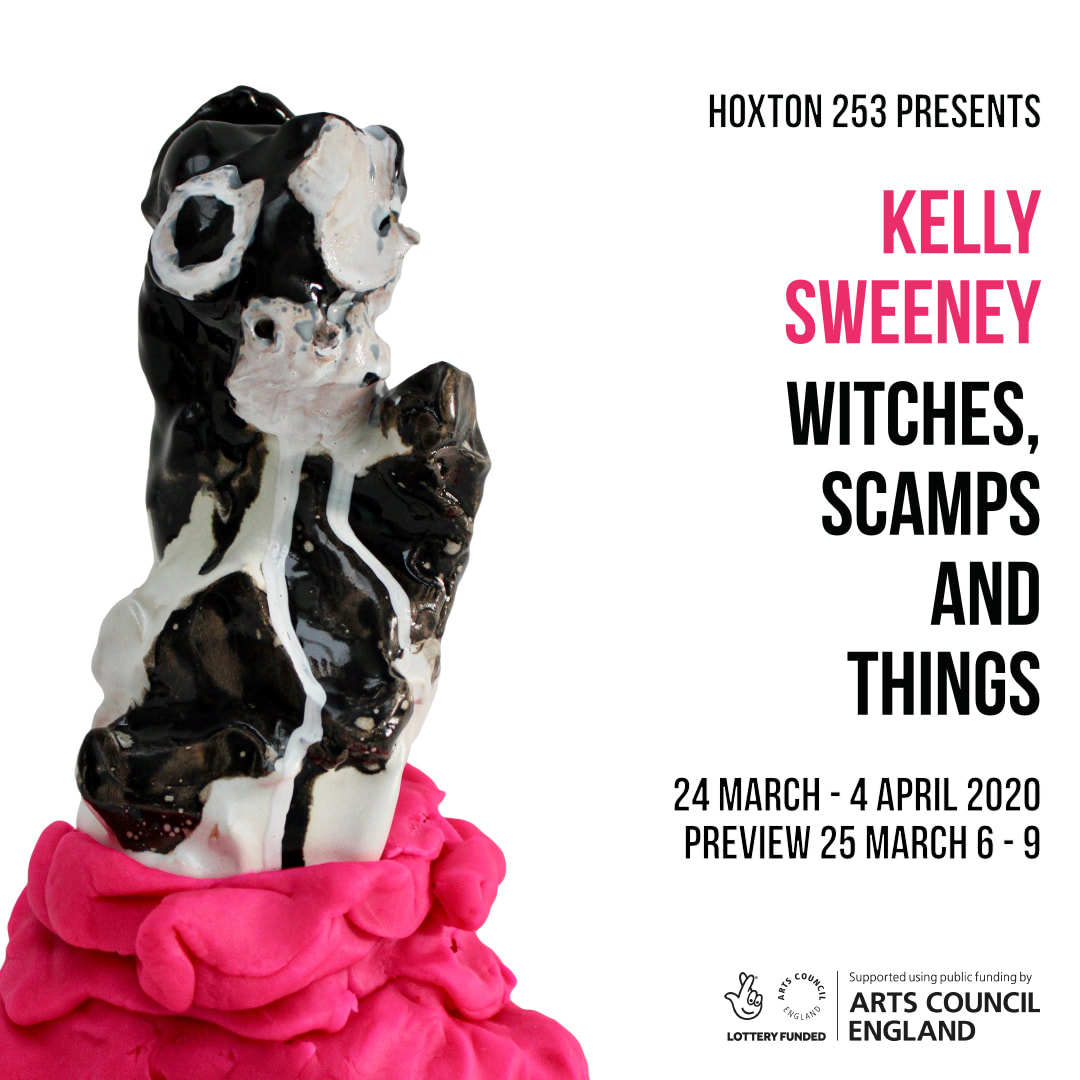