HADA Contemporary is pleased to present recent photographic works by two emerging artists, Je Baak and Ahn Jinkyun. This exhibition aims to introduce some of contemporary photographic works that utilise the natural characteristics of the photography as a medium – accessibility, editability and reproducibility among others – yet exploring and illustrating diverse unphotographable social and personal metaphors.

Baak’s artistic investigation deconstructs predetermined values questioning the logical fallacies embedded in the social system. In Petitio Principii series, Baak deconstructs Mondrian’s obsessive modernist values by creating repetitive perspectival photographic patterns. This series gradually evolves into Ritual and Narcissism of the Vision series that have recently been shown in National Museum of Contemporary Art and Gallery Royale in Seoul, Korea. This exhibition brings five recent works from Petito Principii series in which the repetition and patternisation of images become the metaphor of the multiplication and segmentation of oneself. The continuous repetition of this process ultimately denies the idea of ‘self’ and becomes the visualisation of the Buddhist concept of ‘selflessness’.

This exhibition brings together four works by Ahn - Gazing #1 (2012) and Two Mirrors (2012) from Villa of the Mysteries series and Eight Legs (2012), Hide & Seek #1 & #2 (2012) from Décalcomanie series - for the investigation and conversation of the viewers to encourage the survey beyond the boundaries of the vision. His photographs explore multi faceted aspects of the space named ‘the living room’ adopting it as a stage for meticulously choreographed private performances. These tableaux suggestively reveal dichotomic symbolic gestures inherent in the space such as private experience and public display, the reflection and the gaze, the mirror and the image, the seen and the unseen and the life and death. ‘… My fascination with this particular medium lies in its nature of reflection. When a photograph is taken, the camera creates a virtual mirror that reflects the images placed beyond its lens, thereby, materialising the reflected image two dimensionally. Inherent in this photographic process is the defiance of the authenticity of what one would otherwise naturally perceived through vision. In my opinion, therefore, a good photograph is one that reflects, rather than reveals something.’ 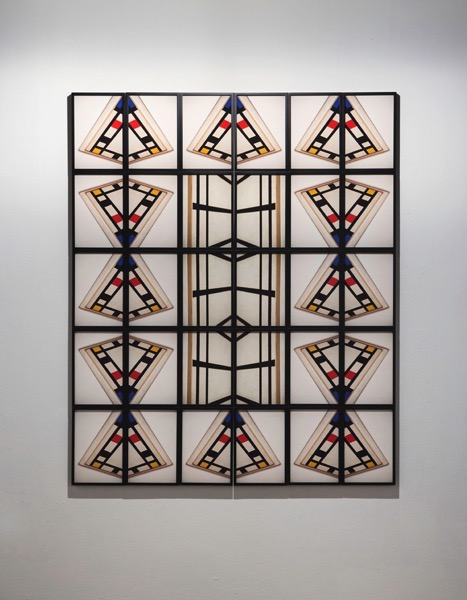