HADA Contemporary is delighted to present first UK solo exhibition by Chung Heeseung (b. 1974) featuring new works from her Still-life (2009 -) series. Chung’s artistic practice unfolds as she visually articulates the indefinable and unstable state in which subjects exists questioning the uncertain identity of the photography. Focusing on the liminal and dormant state in which everything is fluid and transformative, rather than investing in finding answers, the works from her practice are the process and journey towards exploring invisible and fragile meanings beneath the physical surface.

Still-life began as independent photographic images that gradually evolved into a body of work that investigates some of key aspects in her practice - the liminal state of being and the visualisation of inner self in photography. ‘As the liminal state is more related to becoming than being, and to continuation than fixation, ‘Still-’ implies aspiration on ‘duration’ overcoming ‘stillness’ as a generic meaning of photography. It is not spatial and measurable time but contracting and expanding subjective time. It is not only the time of the subject of photography, but also the time of the viewer interacting with a photograph.’ The artist patiently observes and photographs mundane objects from her studio that was former residence of her partner in the utmost simplicity left in the gentle flow of the time and light. The unusual juxtaposition of objects in breezy vacant spaces allows the tranquil and lengthy breathe and pause of the vision that is further aided by the symbiotic installation of the works within the exhibition spaces. As if re-hanging or re-placing old furniture in a new house, the installation of the fragments of her studio into the gallery space creates odd sense of disorientation somewhat lost afloat nowhere. Simultaneously, the perplexity of the unique harmony of the visual rhythm through elements such as Dash (2013) creates the gentle waves of push and pull allowing the fresh flow of thoughts and emotions.

The contemporary visual cultures have been nurturing and reinforcing the habit of deciphering and reading images that are often born and bred with innumerable symbolic and semiotic social contexts. Evidently, ensuing the excruciating difficulty in seeing. Against all odds, Chung condenses the subjects to themselves devoid of legible indexical lexicon. The level of distilledness present in her works have the ability to achieve powerful and poetic aesthetic tonality with such an economy of means reminiscent that of reductionist’s simplicity as Roni Horn. As the ice turns into the water and into the vapour through the smouldering heat, her subjects are distilled to their core essence through multitude of transformations through the serene gaze. Further, she disassociates abundant tacit symbols, references and metaphors attached to the subjects through the unusual compositions vaguely analogous to the surrealists or dadaists endeavours. As Susan Sontag notes ‘that there is a kind of surrealist sensibility in photography which is very important… one of the great traditions in photography is taking the neglected, homely object, the corner of something, the interesting surface, preferably a bit deteriorated or decayed with some kind of strange pattern on it. That is a way of seeing which is very much promoted by photography and has influenced people’s way of seeing – whether they use camera or not.’ As the title of the exhibition suggests, at the heart of Chung’s works circulate the possibility of the open-endedness of an image - an image without metaphors thus available to all. Through these visual spaces of the void, the viewers encounter the gateway to form an active relationship with the subjects. Only then, you are seeing. You are seeing them for the first time. 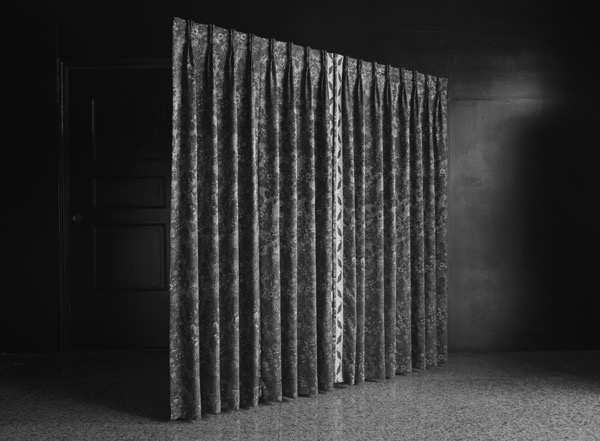