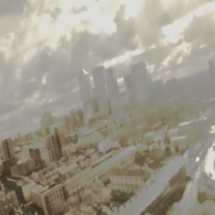 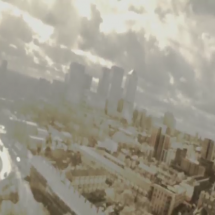 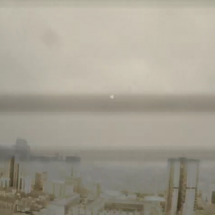 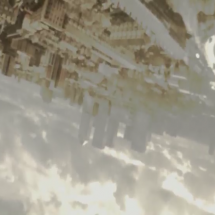 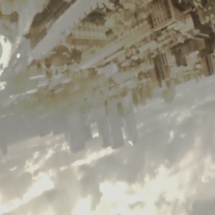 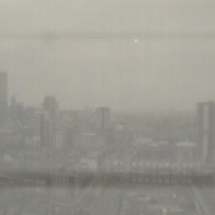 Dusty Mariée has been a live, continuous, audio-video stream broadcasted to the Internet from my apartment on the 19th floor of the Balfron Tower, the iconic example of brutalist architecture designed by Ernő Goldfinger in 1963. The stream represented the large glass that separates my personal space from the external world, that is to say: private and public life. The camera focused on the dust stratifying on the surface of the glass, while London and the artist inhabiting the flat appeared as projections, phantom shadows over the much more stable, yet ever-changing, image of the dust, representing time and matter. Contact microphones on the surface of the window transformed the glass into a very powerful long distance zoom: at random, the construction captured and reproduced the sounds that the city of London emits through the Net, transforming the glass into a gigantic microphone, producing a 'sounding' of both audible and visible multi-scalar dimensions of an environment.

The piece, inspired by Marcel Duchamp's Large Glass (La mariée mise à nu par ses célibataires, même, The Bride Stripped Bare by Her Bachelors, Even), and commissioned by the Barbican centre as part of the show celebrating the work of the artist and its legacy on the culture of XX century and beyond, was part of a series of three Net art works re-interpreting Duchamp's influence in the digital era.

The Brutalist Kiss is an edited version of the stream that was broadcasted live in the Internet for almost month, until the end of the Dancing around Duchamp season. A series of paintings [Brutalist Kiss] and a short film [Who is La Mariee?] narrating the context and the myth of the creation of this piece accompanies the work.

The Ball in the Hole