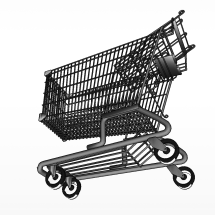 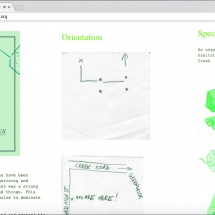 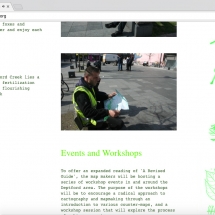 For several centuries, humans have been invested in the art of categorising and mapping. What drove the humans was a strong desire to name and understand things. This desire was linked to the impulse to dominate and mark territory.

In their attempt to understand and control the natural world, humans have classified different plants and creatures as different ‘species,’ which were then differentiated between native, non-native, invasive, alien, etc. This biological language used to describe other species has often spilled over into the social world of humans. Classificatory categories such as ‘race’ were invented and used to dominate other people and to seize land. Categories such as ‘alien’ and ‘non-native’ were used to describe migrant humans without the right documents. One example in human media describes quagga mussels, Turkish and Ukrainian shrimps, and the Syrian asylum seekers in a very similar language.

Deptford has a rich history of human immigration. However, immigrants have often been portrayed in the British media and political rhetoric as ‘non-native invasive’ species and ‘illegal aliens’ that are taking over British land and the job market. Like some invasive plants, human immigrants who had at first been perceived as invasive were redefined as non-invasive if they were seen to be contributing to the British economy. This is much like how some newly introduced flora are at first described as invasive and harmful until biologists realise their environmental benefits.

Humans have thus created a world where it has become increasingly impossible to live not only as non-humans but also as humans who are deemed ‘other’ to the norm of the institution or nation-state they find themselves in, and thus dehumanised, because of their skin colour, gender, immigration status, and how productive they are able or willing to be in the capitalist system. Using definitions which fall into the binaries of ‘native/non-native’ and ‘invasive/non-invasive’ can reinforce in humans a narrow view of the world through which different forms of beauty, knowledge or magic cannot be seen or understood.

As with the tide at Deptford Creek, and as with all other forms of life, humankind as a life-form will also rise and fall. The water inside them will move on towards other life forms into the river, into a larger body of water, towards another time and space. In that alternate time-space, other life forms coexist with humans, alongside the waters that feed and nurture the soils and the habitats. This map is an attempt to imagine this alternate place in which a shopping trolley becomes a home, and the language of categorising species dissolves into water along with all other forms of classification.