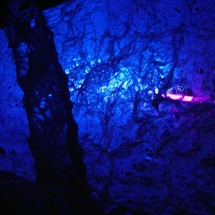 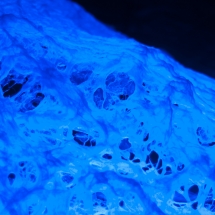 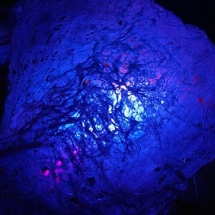 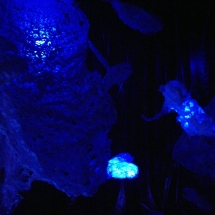 What does "endlessness" mean? Is a Man capable of giving a visual representation of how it looks like? We are inextricably bound to the Earth and our life is possible only here. The Earth is our home and yet boundless Space lies beyond its borders. Since ancient times, mankind has gazed at the sky that is hiding countless mysteries. For man gazing at the sky, all those things were not just dots shining in the far away darkness. The ancient civilizations have attached great symbolism and importance in the position of cosmic bodies. Their observations have vastly contributed to the progress of further understanding of Cosmos and ourselves. Nowadays, due to modern scientific discoveries and technology, we can say that we are acquainted with Space. But having in mind that the Universe is endless we realize that our knowledge is not enough and there is still much to learn. While I am trying to imagine what lies beyond the fringes of Space, I transfer myself to places that are far, far away from Earth, just like in a meditation. In my mind appear continuous series of dimensions as if I am on a journey, during which I discover new realities and worlds. At the same time I think about ourselves and about the Planet we live on. We have taken everything for granted, we are right here and now, we have our own time, dimension and Universe. Our life on the planet Earth is our reality and trivial round. Yet, if we had the chance to escape our reality for awhile and look our planet or our whole reality from a certain distance, what we would be thinking then? There is no doubt that we will be thrilled with enthusiasm of being on a Space trip, but at the same time we will speculate upon the question "Is this what we really are? So small and distant, living on a planet dancing around the Sun. The reality of Space is much more different then the reality on Earth. There is no Sun that could define day and night, there are no watches that could measure time, the notions of "up" and "down" do not exist, there is no such big lamp or Sun that is capable of eliminating Space darkness. The boundless Space embraces galaxies, nebulas, stars, planets, moons, particles creating matter, comets, quasars, asteroids, black holes, vacuum, dark matter and dark energy, gravitation, antimatter, etc. Each of these elements is an integral part of the Space picture. Elegant and alluring, the Cosmos possesses mystery and magnetism that have always attracted me and have given me the freedom of thought and imagination.