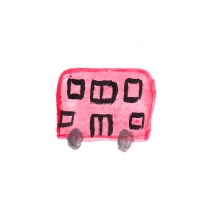 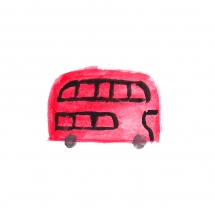 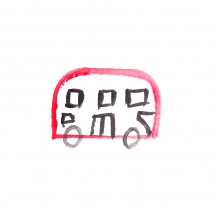 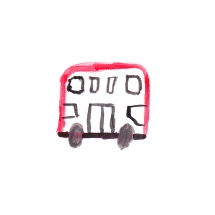 In all, it took us three years to shoot the film. This was partly, I think, because all the action takes place on the number 88 bus. I thought it was important for the actors that we shot it chronologically, as the bus travels from north to south. It's be a cerebral chamber piece set against a constantly moving London skyline, following two characters who embody very specific but very differing philosophies. You might also notice that the length of the film (69 minutes, minus credits) is the exact length of the bus route.

Of course, working like this comes with its challenges. The first act takes place between Parliament Hill and Great Portland Street, but for months there were roadworks on Camden High Street that slowed the bus down considerably. This meant the actors had to say their lines more slowly, in order to hit the external marks.

Then, later on when the bus goes through central London there’s a very important moment where Ben - played by Tom - says, ‘that’s easy enough for you to say, considering…!’ and the Cenotaph passes behind him. This was a really tough part to get right, but I think if you watch the finished scene you can see it’s all worth it, and Tom pulls it off so effortlessly.

Once we got the sunset at Vauxhall, the last act was relatively straightforward. As you know, the action comes to a head in an intense fight while the drivers change at Stockwell, and I just have to thank my DOP Kristof for his work there as there’s very little room to move the camera around - and I wasn’t there to help as I had to keep the new driver distracted so he didn’t pull the bus away too early. The end result is great though, I think we can all agree it’s really visceral and engaging.

Overall though, we had a really good relationship with the drivers. We got kicked off a few 88s, which I totally get, especially when we were doing the sex scene in Pimlico. But there was no ill feeling. I actually invited all the drivers to the premiere at the Picturehouse, and quite a few of them came! I think they liked the film - though maybe some of it went over their heads.

My New Shoes Saved My Life

View of the school