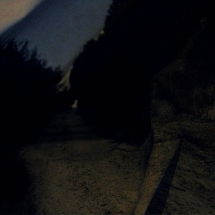 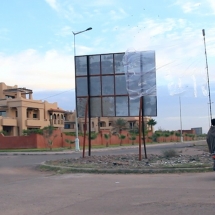 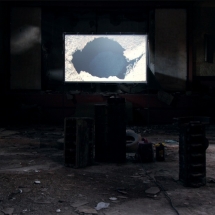 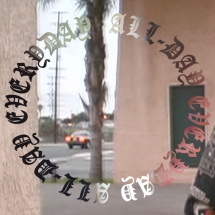 Felix Melia (b. 1990) Lives and works in London. He studied at Brighton University, where he received a BA in Fine Art Sculpture. In 2013 after returning to London he travelled to Chongqing, China and embarked upon a residency culminating with the show Huak Tuh! at Organ Haus Gallery. Supported by Luma Foundation, Melia took part in Doug Aitken’s ‘Station to Station’, a nomadic happening that travelled across North America by train. Melia presented his project, ‘Long Shore Drift, for John Henry’ at the final ‘Station to Station’ event in Oakland, CA.

Melia’s practice stems from a conflict between primary experiences and the second hand narratives of representation. The works attempt to refract and distill the semiotic potential of the places, events and objects he encounters. Melia uses his experience to cement a position at the junction between confluent strands of romantic, social and visual narratives, and the spatial, physical and perceptual dynamics that produce these events

Recently Melia choreographed an ephemeral video performance entitled ‘Waifs and Wraiths, Along the Westway’ as part of the 89plus Marathon at the Serpentine Galleries. He has taken part in panel discussions at Art Basel Hong Kong and the Serpentine Marathon, and has spoken at the Institut für Raumexperimente in Berlin. Melia has also had his writing published by Flash Art. He is currently working on a piece to be shown at the Biennale of Moving Image at the Institute of Contemporary Art Geneva, 2014.