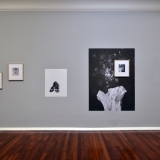 Tereza Zelenkova (b.1985 in Ostrava, Czech Republic) received her MA in Photography from the Royal College of Art in London in 2012. She is a recipient of The 1000 Words Magazine Award 2012, she was shortlisted for the Saatchi New Sensations 2012 award, and was finalist of Fresh Faced & Wild Eyed 2011 awarded by The Photographer’s Gallery in London. She has several self- published books as well as Supreme Vice published by Mörel Books.