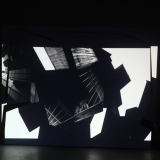 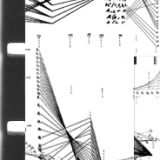 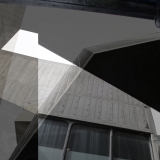 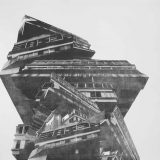 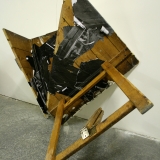 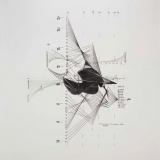 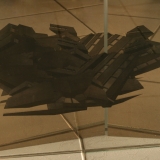 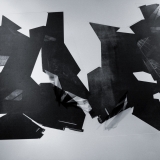 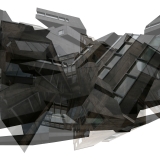 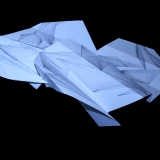 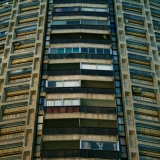 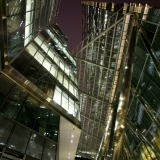 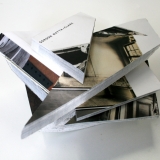 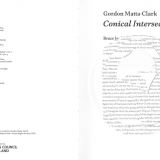 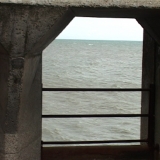 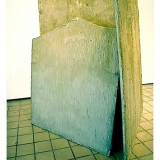 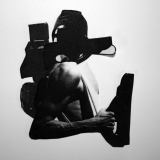 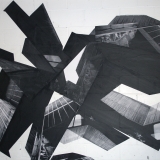 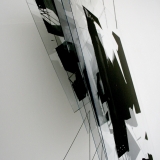 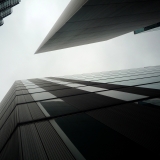 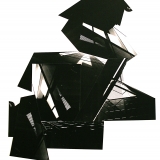 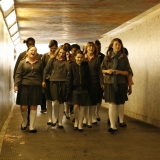 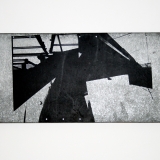 Hoyle's work explores the intersection between individual and collective anxieties, and how these may be projected onto or expressed in urban landscapes that are experienced as fragmented, distorted and estranged.
With an interest in processes of de- and re-construction, abstraction and transformation, and the translation between 2D and 3D media, she works with architectural imagery in collage, installation and sculpture. Fragments and components of former works are continuously re-used and re-arranged in relation to one another, building new forms and associations between them.
Hoyle's practice addresses a range of aspects of urban living, from individual phenomenological experiences of the urban landscape, to wider socio-political issues of the built environment, exploring these both artistically and academically. Hoyle has been actively involved with a range of organisations that approach the city and debate its issues (TINAG, Art & Architecture, Archway Investigations and Response), and has taught with Diego Ferrari on the Photography, Art and Architecture course at Central Saint Martins College of Art and Design.