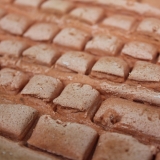 Sarah Jenkins (b. 1993, Cardiff, South Wales) graduated Goldsmiths College, University of London with a 1st Class Honours Degree in Fine Art & History of Art in 2016. Since graduating she has been shortlisted for the Collyer Bristow Graduate Award and selected for exhibitions including Solopreneur at Kingsgate Project Space and The Creekside Open at A.P.T Gallery.