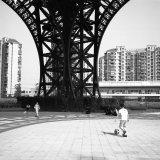 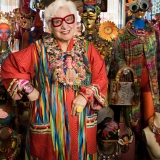 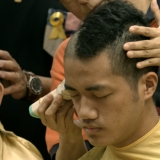 Rupert Russell is a director, writer, and photographer. His first feature documentary, Freedom for the Wolf, screened at Sheffield Doc/Fest, IDFA, UNAFF, Warsaw Film Festival, and will play at the legendary Slamdance Film Festival this January. Filmed in five countries and executive produced by BBC Storyville founder Nick Fraser, it tells the story of the global crisis of democracy from the Umbrella Revolution in Hong Kong to the failure of the Arab Spring in Tunisia to the rise of Donald Trump in America. He has just completed an animated webseries, How the World Went Mad, on the rise of political insanity for the online documentary streaming platform Docsville. His work has been featured in The New York Times, Vice, Little White Lies, Dangerous Minds, USA Today, Mashable, Cineuropa, and many others.