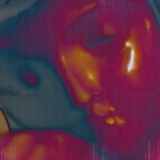 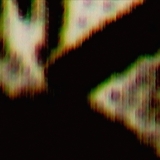 Pedro Lacerda is a Chilean-Brazilian filmmaker and video artist. After majoring in screenwriting for cinema and television in Santiago de Chile, he took specific courses in film, multimedia art, and music technology at the University of São Paulo (São Paulo), and was selected to attend the Locarno Summer Academy at the 66° Festival del film Locarno. In 2018 he obtained his Master degree in digital narratives at the Internationale Filmschule Köln (Cologne), where he studied digital media under the tutelage of Nanna Heidenreich. Currently he is pursuing his PhD in film by practice at the London Film School in a joint-program with the University of Exeter.
_
His work as video artist has formerly been related with the formal deconstruction of the image, as a way to represent different states of the mind and the perception. This research leaded him to a much more complex work, where he manipulates digital cinema as an intersemiotic mean to hybridise cinema, music and painting. Although this can be seen as a fixed phenomenological discourse, he uses it as a formal devise for a constant flow of thinking and creation, which can be operated with a range of topics. His works have been screened at the FILE Festival (São Paulo), Santiago International Film Festival (Santiago de Chile), Images Festival (Toronto), WRO Media Art Biennale (Wroclaw), NYC Indie Film Festival (New York), and at the Museum of Visual Arts MAVI (Santiago), among others. He has participated in group exhibitions as well as film festivals in Chile, Brazil, Bolivia, Colombia, the United States, Andorra, Germany, France and Poland.
_
Besides his artistic career he has also followed a path as film director. In 2013, he finished the documentary Looking for Matilde alongside Constanza Luzoro, the only feature film about the work and the historical context of visual artist Matilde Pérez; in 2015 he made the music video No Place Like Gnome, for the Canadian tech-house duo BLOND:ISH; and in 2018 he directed the first promotional trailer of the video game Vectronom, from the German game developers Ludopium in collaboration with Arte France. He was thereafter invited to direct the following promotional films of Vectronom’s release campaign, for its release on PC and Nintendo Switch.
_
He currently lives and works in London.