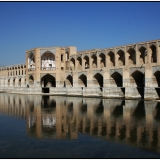 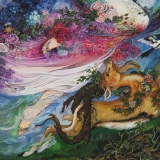 Mahshad Afshar is an Iranian visual artist who lives in London.
She is known primarily for her work in film, video and photography as well as running human right and women right campaigns. She studies Computer software engineering in Iran. In 2007 she was awarded a scholarship by London Metropolitan University in Arts and Heritage Management (MA). After her graduation, she started to working in Theatre and Television as director, producer and freelance journalist.In April 2011, Mahshad was awarded a scholarship by Skillset Bursary to further her studies in Filmmaking/ Directing (MA) at London Film School and she successfully graduated in 2013.
Her works including miniature painting and Mixed Media projects have been exhibited in Iran, Dubai and UK.