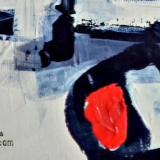 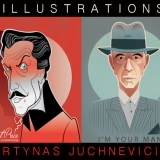 With BA degree and over 15 years in traditional 2D animation industry, currently an illustrator, musician and cartoonist. Started painting with acrylic on canvas.
In recent years, I have developed a style of illustrations and created a series of modern graphic portraits of well known personalities. Using art deco and modern poster art influences, I often use strong graphic and smart elements of it and a touch of tasty ironic humour, which is probably my most successful creative appearance.