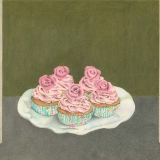 Born in 1982 in Bern, Switzerland, I grew up in Panama and Ticino, Switzerland and spent 2 years in Berlin before moving to Geneva in 2004. I graduated from the HEAD Geneva in 2008 and since then have been actively pursuing my studio practice. Initially focused almost exclusively on drawing, my work has expanded to include installations that interact with the architecture of the exhibition space, as well as writing, sculpture and photography. My inspiration often comes from specific elements of American history, cultural and social studies of the 20th century, as well as present-day forms of hyper-individualism and the hysterical protection of the private sphere. I create loose narrative fictions starting from real-life situations, always going back and forth between fiction and reality. My most recent body of work explored the world of American anti-government militias: their aspirations, their portrayal by the media and its inconsistencies.

My work has been exhibited in many institutional exhibitions in Switzerland and gallery shows abroad. I was the 2016 recipient of the Manor prize Aargau, a major art prize that funds a personal exhibition at the Aargauer Kunsthaus museum. In 2016, my work was presented in a solo exhibition at the Swiss Institute in New York. I have participated in several artist residency programs (Fieldwork, Marfa, Texas; Studio Roma, Istituto Svizzero, Rome, among others) and am currently a professor in the humanities program of the Federal Polytechnical School (EPFL) in Lausanne.