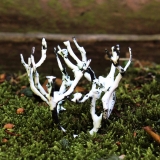 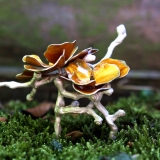 Kiki Tang was one of the top 5 ' Bright Young Gems 'at IJL in 2014' and won 3 awards after graduating from The Cass in 2015. As an artist, jewellery designer and maker working and living in London with Chinese roots, She shows a unique and rare talent for jewellery and has developed this through her brand .
She likes to work with precious and semi-precious materials featuring old techniques in new exciting ways with her own style to create eclectic and colourful hand crafted jewellery in the form of nature.using her imagination to capture oriental elements and heritage and in putting western twists to her jewellery giving them the style of both worlds.
Her work was featured by Out There/Style Magazine ,Meade Magazine ,Jewellery Focus ,Eluxe Magazine and received a lots of publicity from media .Her work is showcase internationally.