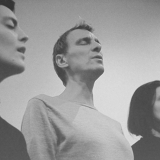 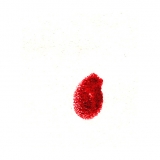 Our practice uses performance, object making and collective space to harness the latent knowledge of land and people. With an emphasis on tactility and embodied learning through the artworks. our methods bring together inter-disciplinary and cross-cultural groups. Exploring through the work, topics such as Climate Change,Collectivity, Education and Urban Policy.

For example Our recent project ‘Resilience Lab’, brought together climate psychologists, psychotherapists, storytellers, climate change researchers and a group of elders to find the substance of resilience. The research was then translated into a series of folk tales, objects and songs, which was performed back to the public by a community choir. Presented at the Arnolfini as part of our exhibition 'back to where we have not quite been'.

Other projects have embedded the significance of ‘home-making’ to query the societal through the domestic, including our award winning FreeSpace projects 2008-2016, co-creating public spaces, gardens and performances with mixed cultural residents on a London Estate.

Current areas of research explore the role of dreams and myths to summon other collective knowings through travelling performance works and public dreaming.