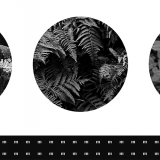 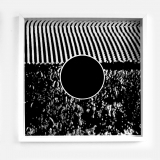 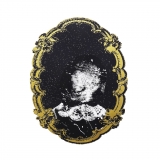 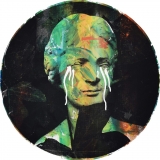 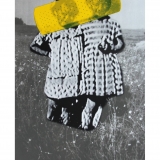 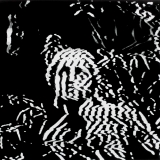 Egle Sakalyte is a screen printer currently working at K2 screen and is a co-creator of motif print studio together with printmaker Greta Balciunaite.

motif bio:
Two currently London based artists / printmakers from North of Lithuania – Greta Balciunaite and Egle Sakalyte. Born in the same city they only met years later in London starting their duo and printing studio in 2015 November.

Passion for handmade raw materials as ink pigments and paper textures allow them to experiment and transfer concepts through visual aesthetics. Choosing the manual screen printing technique as their medium they explore visual narratives of elegance and simplicity within the chaos. Using analogue glitch technique in their work they capture imagery of motion and brutalism, visual principles of analogue culture, man of techno-culture and industry. The aesthetic of error and the moment. The new reality.

motif also took part in International Print Exchange Program in India, 2016; as well as Neo Print Prize 2016 and have been selected for group exhibition between the best printmakers in UK. They have also participated in 4th Graphic Art Biennial 2016 of Szeklerland, Romania at Transylvanian Art Center, followed by Bypass Gallery show where their visuals have been selected for ‘Layers’ exhibition in Milwaukee, Detroit in 2016.