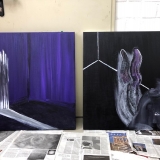 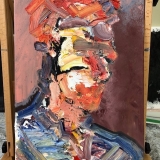 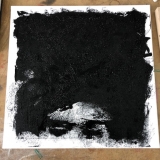 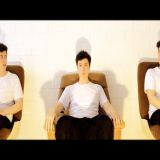 Declan Michael Tan is a writer, painter, journalist and videomaker from Essex, England, interested in the weirder side of mind, media and culture.

He started with the laugh-riot dystopian novel ‘M Against M’ (Montag Press, 2013), then adapted unbidden the Humpty Dumpty nursery rhyme into book length for ‘Bad Eggs’ (Not So Noble Books, 2013), and also wrote the play ‘HOPE’ (Montag Press, 2017), putting his fascination with charity shops, Havelock Ellis and the elderly onto a stage nowhere.

His journalism about cinema, comedy and subculture has appeared in New York Magazine, the Daily Telegraph, Little White Lies, The Quietus, Huck and Flaunt magazine, among others.

In 2019, he collaborated with electronic artist YoSoyMatt for the intro track of album Atlas (Adrenorama/Universal Music), providing narration along with his wife Vera.

Declan is also the maker and performer of the sinisterly silly Berlin-based simulation-comedy series ‘Black Popsicle’ on Lockd TV. If you’re almost convinced you’re living in a simulation, maybe you’ll find solace in it, too.