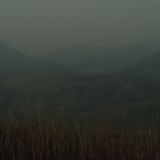 Emerging as a filmmaker from the camera department, Chris combines his skills as a cinematographer with the written word to create a unique visual style of storytelling. Graduating with a distinction from the London Film School’s Masters Course in Screenwriting he was shortlisted as a writer/director for Film London’s Microwave scheme for his screenplay Paper Boats. His screenplay Scuttler, a British Western, is currently in development with the support of the Creative England Development fund.

Growing up between Manchester and the post-industrial town of Barrow-in-Furness, Chris spent his formative years escaping into the wild uplands of Cumbria and Northumbria. During this time he formed a lasting relationship with the landscape and culture of these regions, which permeates much of his work.