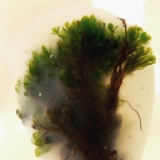 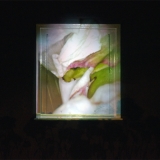 Christian Kerrigan is an artist who uses digital technology to make sculptures, installations, and drawings, which draw out an array of ideas about nature, technology and mortality. Using raw materials from the natural world merged with new technologies in computing and science, he creates work which resides in a subtle balance between life and death.
'Forging an understanding of technology and nature allows me to better understand the extent of human endeavour. And in this universality, I am, in fact, exploring my self.'
Recent exhibitions include - 'Examples to Follow!' UferHallen, Berlin, 'Instinct & Inspiration', V&A museum, London, 'Curiouser and Curiouser', The Old Vic Tunnels, London and 'Still Life', London School of Economics.
Christian was awarded Artist in Residence at the V&A between January and June 2010.