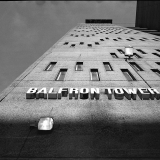 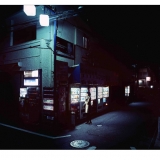 Primary practice is photography and video - experimenting with colour, tone and edit to capture, create or develop a visual narrative.

Works are driven by a desire for control or comprehension of the exponential reality that a mix of technology and memory enable. Competing strategies have resulted - leading to different streams of work that are evolving around a conflict between: active and passive production processes, and: exoteric or esoteric themes of expression - Either: the photographs randomly come to the camera, and i simply act as a 'flaneur'. Or I can script the result, using rephotgraphy and editing to assert control over what I see.

The combination of photographs taken from both 'real' mise en scenes and hyper real Internet or television screen images is categorised as: ‘Fake Phony Reality’.

The different pursuits and processes are unsettling. I want the alternative styles of photography to imply a dichotomy - that pitches feelings of isolation and withdrawal against immersion and being overwhelmed.

Whether photographic or video, all content, composition and visual syntax is compulsive. The pictures document the reliability of perception, question the existence of an authentic reality and record its erosion into something else – a ‘pseudo reality’.

There’s no hierarchy of aesthetic, subject matter or process. But instead, metaphorically equivocal, or uncategorisable images, layered with speculation, belief and doubt. I want the work to act as a foil to the ubiquity of emotional evasion and groupthink.

The camera crystallises my reactions to the plural assertions and expectations of reality – and art. The pictures are both 'real' and hyperreal, serendipitous or planned, possibly appropriated or resurrected. The result of an aimless but calculated intent.