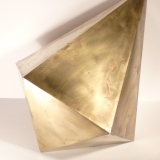 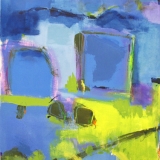 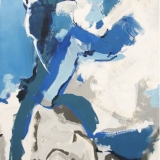 Cheryl Papasian is a London sculptor juxtaposing handcrafted bronze, ceramic and mass-produced objects with an excess of artificiality and luxury. Her practice examines the intricate and fluctuating relationships between art, objects, pleasure, value, status and consumerism. These sculptures and objects can suggest a particular purpose or suggest natural forms, yet remain elusive through their dislocation of context. Cheryl is a member of the Royal British Society of Sculptors and has been shortlisted for the Henry Moore Plinth Prize 2015, Red Mansion Prize 2014 and Future Map 2013. Cheryl has been Artist in Residence in Japan, Beijing, Scotland and Switzerland. She has a studio in London and exhibits in the UK and internationally.