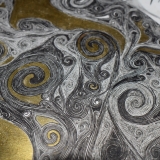 A Selection of Illustrations 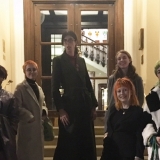 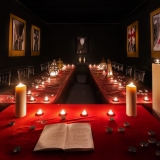 'The Worst Fate a Man could Ever Suffer' | 2019
Website: www.beanandqueer.com (Note: currently under construction)
Bio:

ABIGAIL JACQUELINE JONES was born in November 1996 and raised in East London. Throughout adolescence she was privileged enough to have attended one of the best all-boys public schools in Britain - before she realised she was not a boy shortly after her twentieth birthday - and was thoroughly horrified by the behaviours, cultures and beliefs so many of the people around her shared. As an artist, and as a woman with first-hand experiences from inside the cis, white, male-dominated British Establishment unlike any other, she has determined to use her insider knowledge to help teach the world - in particular, those groups and bodies marginalised in contemporary British society, and their advocates - about what really goes on behind the closed doors of Britain’s institutions of privilege, so they might be more easily undermined.

Abigail graduated from the BA Fine Art course at Goldsmiths, University of London, in June 2019. She maintains two separate, yet overlapping art practices, as a performance artist and as an illustrator - the latter of which, through selling pieces and receiving commissions, she hopes to use to bankroll the former. On top of participating in, and organising, those exhibitions, cabarets and performance events described and documented in her Performance Art gallery, she has experience of working as a Performer for Hire for other artists requiring performers for their own exhibitions, and is happy to do likewise in future.

June 2019 - 'The Worst Fate a Man could Ever Suffer,' displayed at the Goldsmiths BA Fine Art Degree Show